The 6 best viral videos you didn’t know were ads

The 6 best viral videos you didn’t know were ads

If you think of YouTube video hits you probably think of home movies such as “Charley bit my finger – again” with over 800 million YouTube views. The array of “kids drugged after the dentist” videos, also with multi million views would be another example. It would be fair to say that most viral videos are genuine. However, there are many that are actually very clever ads and we don’t even know it.

Creating a viral video is like trying to catch lightening in a bottle. This hasn’t stopped thousands of big name brands making videos with that goal in mind. Whilst a select few have gone viral, the rest are languishing somewhere in the darkest corner of YouTube reserved for failed attempts.

“First Kiss” is the most successful viral video ad in the history of the internet. This black and white ‘short film’ features 10 pairs of strangers who kiss for the first time. For weeks no one guessed it was actually an ad.

It was released in March 2014 and instantly went viral and a year later has over 100 million YouTube views. Created by a small clothing company, Wren, who claim they never meant to trick people. Nevertheless, they had all of the internet fooled.

The most viewed Aussie viral video, with over 15 million views, is “It’s time – Marriage Equality” by Get Up Australia. It’s more of an emotional journey than an ad, but that is exactly what it is. It’s what marketers call “branded content”, where ads are disguised as entertainment.

Thai mobile phone company, TrueMove H, created a mobile video called “Giving” that went viral in 2013. With over 18 million YouTube views many have happily watched this incredibly powerful short film without the slightest question of it being an ad. Its true that the logo at the end gives it away but apart from that, it is pure story telling. Try and watch this without crying. Impossible.

Budweiser’s, #bestbuds” series is going from strength to strength with the 2015 Super Bowl ad “Lost Dog” currently with 28 million YouTube views in just a couple of months. The unique way that Budweiser creates an entertaining story that has nothing to do with beer is the secret to its ongoing success. The other videos in the series are well worth watching as well, especially if you like dogs and carthorses – best buds, get it?

In late 2013, US restaurant chain Chipotle released an app-based game “The Scarecrow” and accompanied it with a powerful and controversial animated video that has over 14 million views. Again its success comes from the story it tells and the emotions it stirs whilst the brand largely remains in the background. It is an ad but you wouldn’t guess it. The most successful motor industry video ever is by the brand known for safety – Volvo. “The Epic Split feat. Van Damme” (2013) now has over 78 million YouTube views. Whist this video is more overtly an ad than the others, the main focus is on Van Damme and his incredible abilities. A must watch for Van Damme fans!

Whilst YouTube continues to be the leading video platform there are now more contenders for the title than ever before. In 2014 Facebook stepped up and fired a shot across the bow with its new video features. How many times a day do you watch a video on Facebook because it simple starts playing in your news feed? Not to mention other new platforms such as Vine and Instagram. Mobile video killed the TV star anyone?

As you can see from these 6 examples, successful viral videos are not always what they seem. Indeed they are often ads in disguise that aim to entertain whilst the brand stays in the background.

You can certainly look forward to more brands creating high quality content for your enjoyment. Don’t be fooled! Remember that at the end of the day these viral videos are just ads…extremely popular online ads.

Marcus Seeger is the #1 Amazon best selling author of “Video Marketing for Profit; 14 Proven Strategies for Accelerated Business Growth”. Marcus is managing director of video marketing and production agency, Video Experts. Information about Marcus’s book and video marketing podcast can be found at www.videomarketingforprofit.com.au The book is available online and in all good book stores. 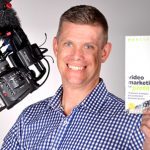 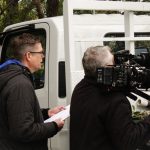